My blog is not quite dead yet 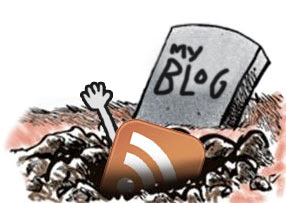 Although I still believe blogs are dead and that no one cares about personal blogs anymore, I have realized something about social networking lately and in particular, Facebook. Plus, I've seen some responses to the dimensions I provided for a polaroid picture and felt like I could keep posting some useful design information to help people.
Ok, Facebook is lame-o! It's a complete exercise in narcissism and self absorption. Andy Warhol said that "In the future, everyone will be famous for 15 minutes". Pretty damn close Andy, but instead of 15 minutes, it's more like 5 seconds everyday. You scroll down on facebook and read someone's status or your read someone's tweet, and for about 5 seconds, every person you know is famous.
Just as people don't really care about a personal blog (like this one), they don't REALLY care about your myspace page or facebook wall. They really just want to post about themselves and have other people see it. Many use it to draw attention from others about their own problems. Posting things like "John is depressed right now", begging for others to respond and offer help or support. Hey John, no one cares that you're depressed, and no one wants to help ok? Call your mom or get a girlfriend.
Ok, so this is all very obvious, I know. So what are we supposed to do? Quit facebook because it's totally egotistical? Yeah, maybe. I believe that social networking is actually the direct opposite of what it claims to be. I think "being connected" actually DISconnects us from a true-er real-er reality.
When was the last time you had a phone conversation with someone? (I'm speaking to the "screen people" here). We've resorted to basing all of our communication to a non-verbal, non-confrontational, facade of blather. Guess what a synonym for blather is? Twitter! It's all pointless drivel. Don't even get me started on Twitter either. I'll save that for the next post.
Emails, texts, posts, pokes, tweets, the list goes on. But maybe it's not all that bad right? Well, I guess not if you don't mind being bombarded more and more by advertising and having more and more personal information available to the public and government agencies.
Sounds like conspiracy theory crap right? Well, just try to put a list together of every website that has your information saved on it. See what number you get, cut it in half, then double it. Haha, jk, but seriously, that list could be pretty long and scary. I know it is for me. I start to realize how easy it would be for a low level hacker to steal my identity and royally mess up my finances and life.
Right now, I'm on Facebook for work purposes really. I'm a designer and need to follow trends to know what's contemporary. A little hypocritical, but know your enemy. All I'm saying is, be careful online, be aware of the ever evolving internet, don't become dependent on that light box in front of you, read a book, get outside, call someone, talk, and get together.
Posted by Chip at 11:13 AM